In collaboration with: Raul A. Davila, Giulia Paradell, Daphne X.

Artistic results of the attendance to the first Soundscape Hackathon held as a satellite event to the Urban Sound Symposium on 3-5 April 2019, at De Krook in Ghent, Belgium.

During the soundscape hackathon, we have redesigned and improved the soundscape at two selected urban open spaces. We were provided with high-quality immersive audiovisual recordings (360-degree video and spatial audio), collected within the framework of the Urban Soundscapes of the World project. We were required to develop software to alter the spatial audio recordings by adding or suppressing sounds originating from various directions, and subsequently to design a series of scenarios that present an improvement of the soundscape based on the original recordings. 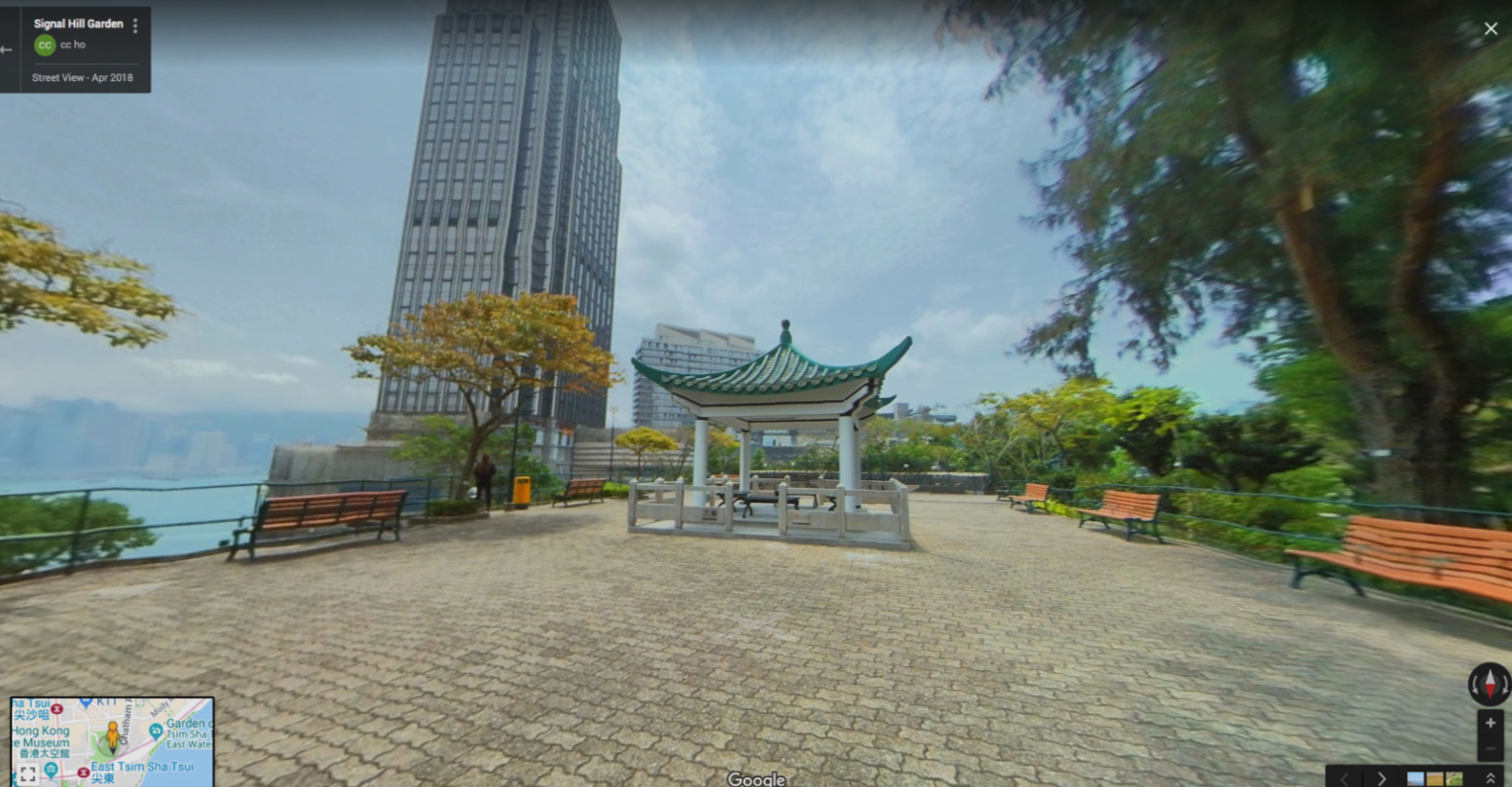 Our goal was to achieve a restorative soundscape intervening with positive acoustic design to generate comfort, relaxation, energy restoration, quietness, and tranquility.

We have proposed constructing the sound installation around the existing Chinese alter, consisting of wind chimes and wind harps. We imagined the wind chimes tuned into Rast Makam microtonal scale, traditionally believed to elicit comfort, release stress, and bring tranquility. 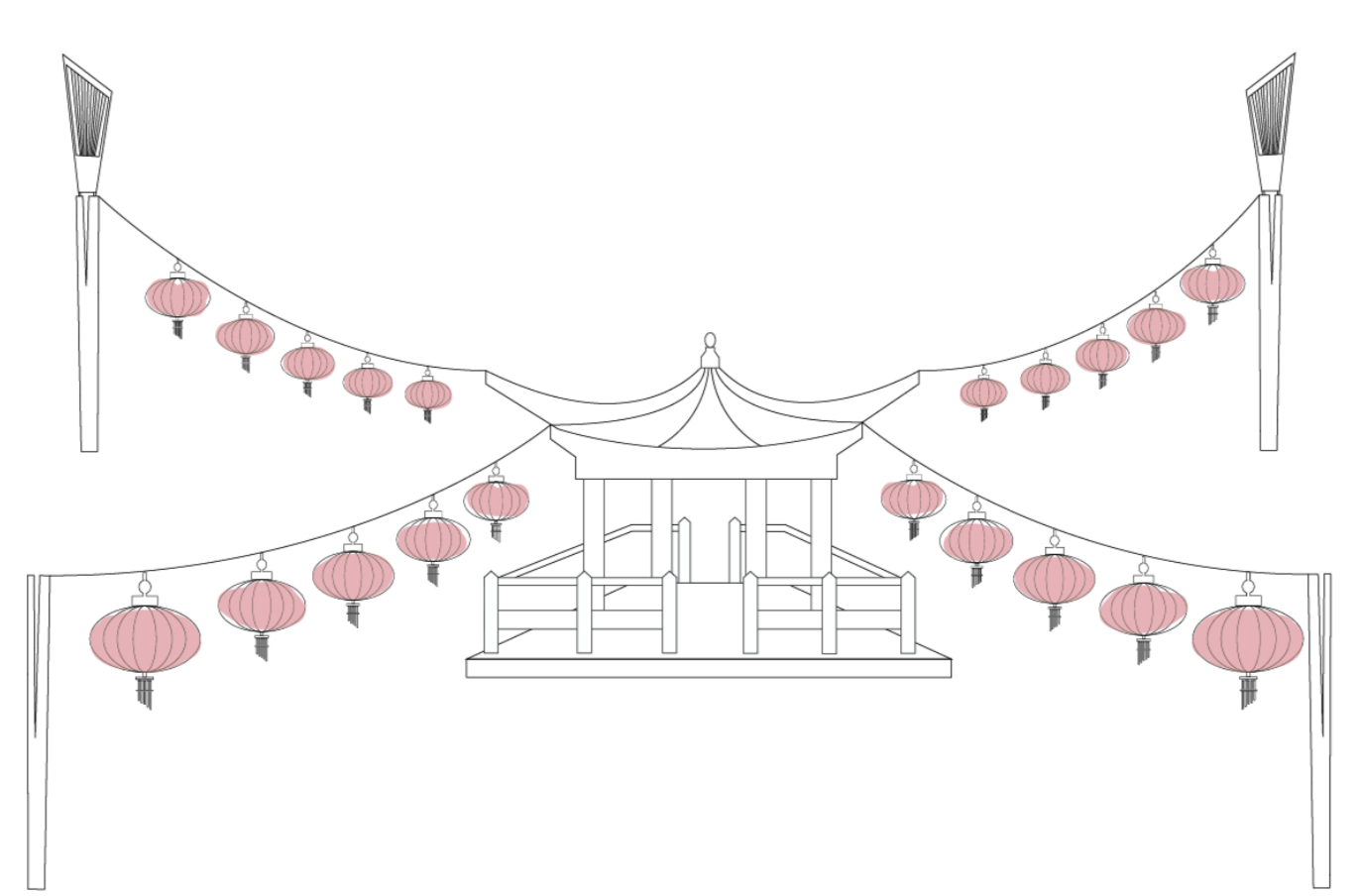 Typhoon Dream: A mockup design of the proposed soundscape improvements.

The resulting sound recording pictures an artistic interpretation of a scene of the installation being activated by the wind.

The existing soundscape consisted mostly of loud noises of nearby traffic, car horns, tram bells, and voices of passersby.

To reimagine the soundscape sonically, we have emulated applying a series of techniques:

As a result, we proposed building a little wooden dome construction covered with ivy with a calming water fountain inside. 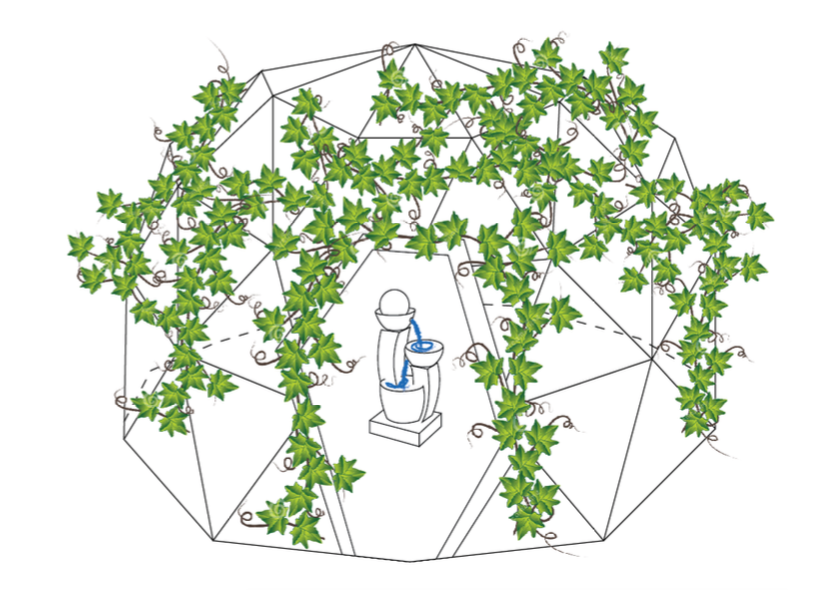 Sound Oasis: A mockup design of the proposed soundscape improvements.

The resulting audio example pictures the short walk from the part into the imagined dome, approaching the water fountain.